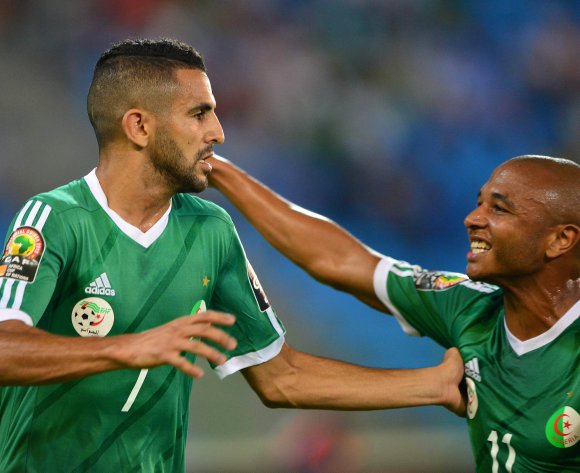 Algeria will be eyeing nothing but a victory over Ethiopia when they host them in the 2017 Africa Cup of Nations (AFCON) qualifier at the Stade Mustapha Tchaker in Blida on Friday.

The Desert Warriors proved too strong for Tanzania as they humiliated them 7-0 at home in their last competitive match in November, 2015.

They won the 2018 FIFA World Cup qualification (CAF) second round tie 9-2 on aggregate against the Taifa Stars in order to advance to the next round.

Europe-based duo Nabil Bentaleb and Hilal Larbi Soudani have both been ruled out of the clash with Ethiopia as they are both injured.

The Desert Warriors are sitting at the top of Group J having emerged victorious in their two opening group matches against Seychelles and Lesotho.

A victory over Ethiopia will see the North African giants extend their lead at the top of Group J.

Meanwhile, Ethiopia will be out to stun Algeria when they lock horns with them in the Group J encounter on Friday night.

The Walia ibex took part in the 2016 African Nations Championships (CHAN) in Rwanda where they failed to win a single game - only managing a draw with Cameroon.

In their last competitive match, they suffered a 2-1 defeat to Congo-Brazaville away in the 2018 FIFA World Cup qualification (CAF) second round second-leg clash in November 2015.

Yohanes Sahle's side were dealt a major blow after their experienced forward Salahdin Said turned down the call-up ahead of the clash with Algeria.

The East African side will now look to Getaneh Kedebe, who plies his trade in South Africa, to lead their attack against the Desert Warriors.

Ethiopia are placed second on Group J standings having recorded a victory over Lesotho and a stalemate with Seychelles.

Referee Victor Gomes from South Africa will be in charge of the encounter between the Desert Warriors of Algeria and Ethiopia's Walia ibex on Friday.

The return leg is scheduled to be played four days later at the Addis Ababa Stadium in the City of Addis Ababa.