Etebo is Siasia's joker against Egypt 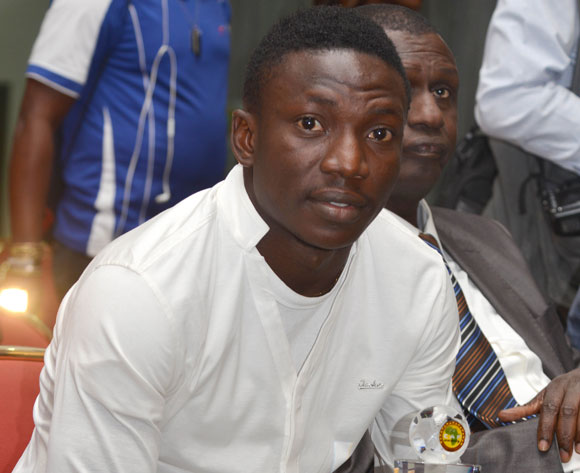 Etebo has dazzled in training to now be the only player from the domestic league to start against the seven-time African champions.

After a five-star showing at last year’s U23 AFCON in Senegal, the former Warri Wolves, who is set to move to Europe shortly, will play behind top striker Odion Ighalo as the Super Eagles gun for goals on Good Friday.

Ahmed Musa and on-form Victor Moses are most likely to form a lethal-looking strike force led by Watford star Ighalo.

Nigeria U23 skipper Azubuike Okechukwu looks set to take the place of Lazio defensive midfield ace Ogenyi Onazi, who is still serving out his three-match suspension.

The central defence has already chosen itself following injuries to Kenneth Omeruo and Leon Balogun as Efe Ambrose and Godfrey Oboabona will hold forte in the heart of the back four.

Shehu Abdullahi is most likely to be considered ahead of Etim Matthew of Enugu Rangers at right back, while the battle for left back is between the impressive Stanley Amuzie and the more experienced Elderson Echiejile from AS Monaco.