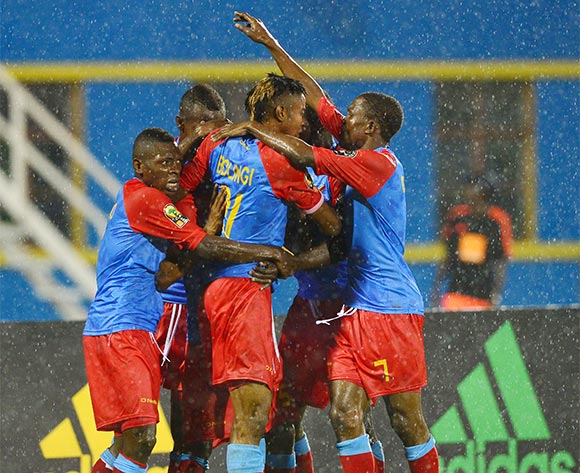 DR Congo claimed top spot in Group B of the 2017 Africa Cup of Nations qualifiers, after securing a 2-1 win over Angola in Kinshasa on Saturday.

The Palancas Negras scored an early goal, which was, unfortunately for the visitors, ruled out for an offside position.

Struggling to find their rhythm at Stade des Martyrs, the Leopards relied on a foul on former AS Vita Club striker Firmin Mubele Ndombe inside the box to open the scoring from the spot through Villarreal star Cédric Bakambu on 23 minutes.

And that’s all they could take into the break following a rather disappointing opening half.

Head coach Florent Ibenge brought on some fresh legs halfway through the second stanza with Padou Bopunga and Elia Meschak coming on for Neeskens Kebano and Yannick Bolasie; a move that paid off as Meschak doubled their lead ten minutes from time.

Bolingi came on for Bakambu for the final minutes of the game, with the Leopards trying to hold onto their advantage until the final whistle.

However, the Palancas Negras managed to pull a goal back from the penalty spot deep into stoppage time. But that was too little too late for the Angolans who will return home empty handed.

DR Congo are now enjoying a two-point lead over their opponents of the day, who can reclaim first place when they host Florent Ibenge’s men in Luanda in the reverse fixture on Tuesday.