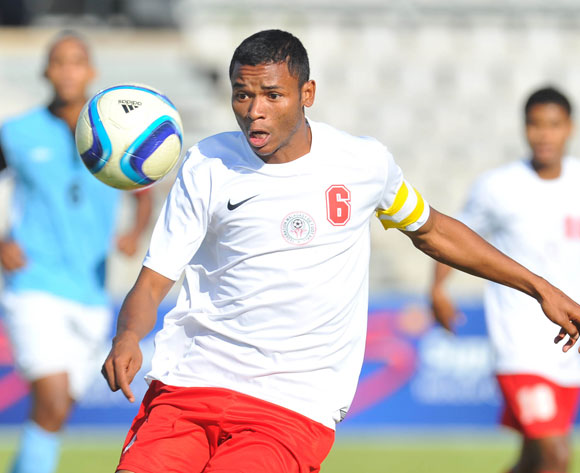 Central African Republic (CAR) and Madagascar will clash in the 2017 Africa Cup of Nations (AFCON) qualifier at the Barthelemy Boganda Stadium in Bangui on Monday.

The Wild Beasts of CAR managed to hold Madagascar's Barea to a 1-1 stalemate at the Mahamasina Municipal Stadium in Antananarivo on Thursday.

The draw left CAR placed third on Group B standings with four points from three games. Second-placed Angola are only ahead on goal-difference.

Home ground advantage will favour CAR in the return leg against Madagascar this time around. The Wild Beasts coach Blaise Kopogo will look to Moussa Limane.

The 23-year-old forward, who plies his trade in Kazakhstan for Kyzylzhar, grabbed a late goal to ensure that CAR snatched a point away.

The Wild Beasts brushed aside the Democratic Republic of Congo (DRC) 2-0 in their last home game. Vianney Mabide and Junior Gourrier netted for CAR in September 2015.

Meanwhile, Madagascar will be desperate to register their first Group B victory when they lock horns with CAR on Monday.

Barea, who are currently on two points from three games, are aware of the fact that an away victory over CAR can move them to second spot.

Carolus Andriamatsinoro and Sarivahy Vombola are two of Madagascar's key players. The former grabbed the opening goal against on Friday.

Vombola was the top scorer in the 2015 COSAFA Cup after hitting the back of the net five times for Johann Paul's side in the regional tournament.

Madagascar suffered a 2-1 defeat to DRC in their last away Group B match at the Stade Tata Raphaël in Kinshasa in June, 2015.

Referee Ferdinand Udoh from Nigeria will be in charge of the encounter between CAR and Madagascar.