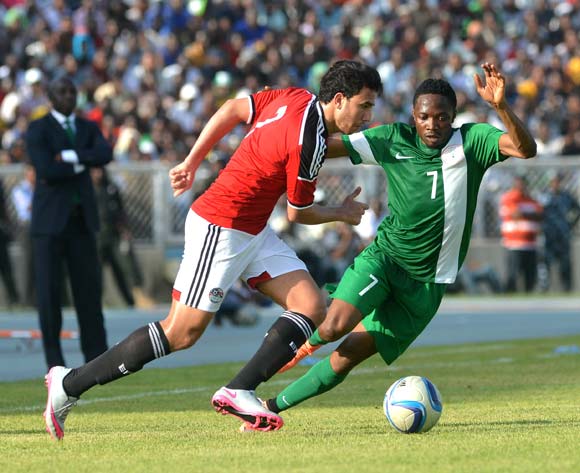 Football throws up miracles after miracles and that explains why Nigerians now hope and pray the Super Eagles could do something out of the ordinary in Alexandria and pull off the victory they could not get in Kaduna on Friday.

The Eagles failed to beat the Pharaohs in a must-win game in Kaduna and are now walking on an even tighter rope on the road to qualifying for the 2017 AFCON in Gabon.

Halfway through the qualifying tournament, Egypt are two points clear of their closest rivals Nigeria at the top of the standings.

No matter what they are now trying to sell to you, the matches that really count are the ones between the two countries.

Nigeria cannot afford to lose in Alexandria on Tuesday night and it would be a lot more assuring, if they could overcome a poor away record to beat Egypt in front of their partisan fans.

The Eagles are currently a distant sixth on the best losers table on five points with Cape Verde and Mauritania the top two on six points each.

A win for the Eagles in Egypt will earn them eight points for them to now have their destiny firmly in their own hands and not count on the results of the other matches in the group and also in the other groups to keep their qualification hopes alive.

A draw in Egypt will have Nigeria on six points and it would then be hoped they will win their remaining two games – away in Chad in June and at home against Tanzania in September – to finish on 12 points.

Will that 12-point tally qualify them as one of the two best losers?

In 2012, Nigeria finished on 11 points after six matches and still failed to feature Gabon as one of two best losers as Sudan (13 points) and Libya (12 points) advanced by virtue of that consideration.

For the 2015 AFCON, they recorded eight points for DR Congo to qualify for the tournament proper with nine points and that was when the top two teams in each group qualified automatically.

Besides Cape Verde and Mauritania, the likes of Togo and Uganda are ahead of Nigeria as best losers to make it to Gabon 2017.

So, even with 12 points, It could therefore be another case of permutations and calculators to determine if Nigeria will feature in a tournament they have won thrice.