Mozambique stutter at home against Ghana 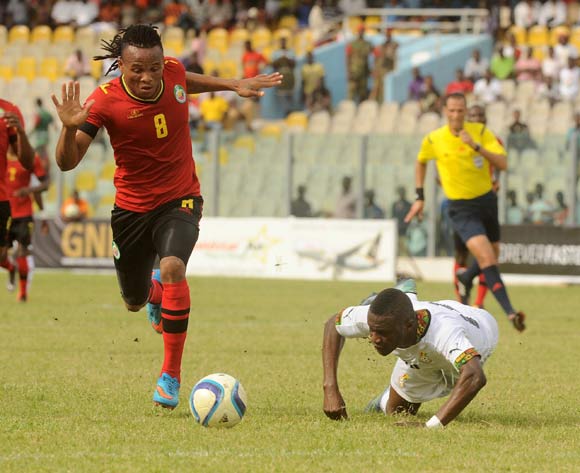 Despite heading to Maputo with a 3-0 win over Mozambique three days earlier, Ghana failed to get a win against Mozambique as they played to a 0-0 draw at Estadio do Zimpeto in Maputu on Sunday.

However, just before 10 minutes, Harrison Afful picked out Alfred Duncan from a sweet cross, but the latter failed to convert his free header in the box.

Avram Grant's men nearly bagged a lead when in the 18th minute from a close range the Mambas failed to deal with a free-kick, but the rebound was off target.

However, Mozambique captain Elias Pelembe saw his powerful header onto the crossbar from a corner-kick in the 25th minute.

It was 0-0 at half time as both sides tried to find the back of the net and in the second stanza, the match lived-up to the expectations when both sides played a entertaining football.

The visiting side came close to bagging the lead when Jordan Ayew saw his shot saved after the 60th minute when he received a pass from Duncan, but the Mozambican goalkeeper produced a fine save.

After 10 minutes, Helder Pelembe attempted a shot from 20 yards out after finding space, but his effort sailed wide off the far post.

In the dying stages of the tie, Ghana won a set piece in a good position, but failed to capitalise as defender Jeff Schlupp took a shot, but failed to hit the target.

In the wake of a stalemate, the Black Stars comfortably sit at the top spot with 10 points from four matches whilst the Mambas have one point from the same number of matches.