Botswana fight back to edge out Comoros 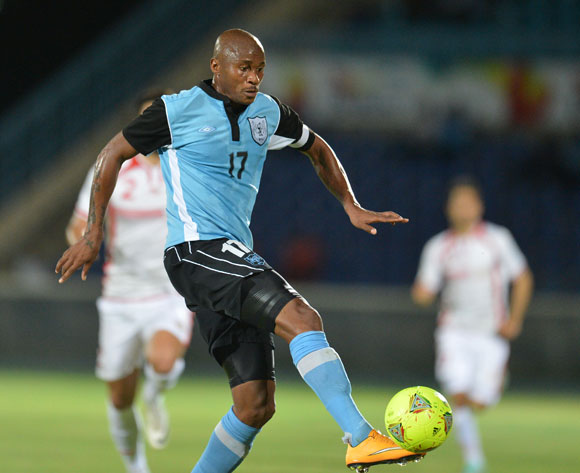 Galabgwe Moyana grabbed a goal and an assist as Botswana defeated Comoros 2-1 in the 2017 Africa Cup of Nations (AFCON) qualifier at the Francistown Sports Complex in Francistown on Sunday.

The Zebras of Botswana moved to the third spot on Group D standings following their victory, while Comoros'
Les Coelecantes slipped down to fourth.

The home side enjoyed more possession in the opening stages of the game as they looked to snatch an early goal in order to unsettle the visitors.

Joel Mogorosi and Segolame Boy were looking lively upfront for the Zebras. The latter should have broken the deadlock in the 13th minute, he failed to hit the back of the net.

With Botswana doing most of the attacking, Comoros were happy to sit back and rely on quick counter attacks. The Zebras kept probing in search of the opening goal.

The Zebras were awarded a free-kick in the 36th minute. Mogakolodi Ngele then stepped up and forced Comoros goalkeeer Ali Ahamada into a great save from the resultant set-piece.

Nevertheless, the deadlock was finally broken on the stroke of half-time and it was Youssouf M'Changama who beat Zebras shot-stopper Kabelo Dambe with a wonderful strike.

However, the home side began the second-half brightly and they managed to restored parity through Galabgwe Moyana just two minutes into the second-half.

The visitors responded by pulling out Ali Mmadi for winger another Nasser Chamed as Les Coelecantes looked restore their lead.

On the hour-mark, Moyana pushed forward before forcing Ahamada into a fine save as the Zebras defender-cum-midfielder looked to grab his second of the game.

Botswana captain Mogorosi found himself unmarked inside the Comoros box in the 75th minute, but the lanky forward placed his header wide of the target.

With seven minutes left on the clock, Zebras head coach Peter Butler introduced Thabang Sesinyi for ineffective Boy as the hosts desperately searched for the winner.

The winning goal did come in the 87th minute when Moyana's cross found Mogorosi in the Comoros box and the latter headed home to seal a 2-1 win to Botswana.