Govt okays 40,000 fans to cheer Egypt to victory over Nigeria 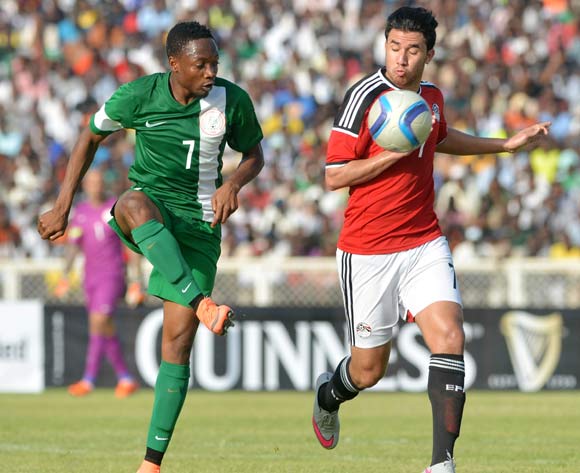 Ahmed Musa (left) in action for Nigeria recently vs Egypt

Egypt’s interior ministry has announced it will now allow 40,000 fans into the Borg El-Arab Stadium in Alexandria to cheer the home team to victory against Nigeria in an AFCON qualifier on Tuesday night.

Egypt have observed a crowd ban since February 2012 when 72 fans died at the Port Said Stadium during a league match.

The government initially approved for 10,000 fans for the crucial AFCON match, before they added 5,000 more fans and they have now agreed for 40,000 fans to watch the game, according to Ahram newspaper.

Local interest in the game has been overwhelming with thousands of fans lining up for hours to buy match tickets.

The first match in the northern Nigerian town of Kaduna ended in a dramatic 1-1 draw on Friday.

Following the shock withdrawal of Chad, Egypt remain on top of the group with four points, Nigeria are second on two points and Tanzania are on a point.

Only the overall winners of this group will now qualify for Gabon 2017.