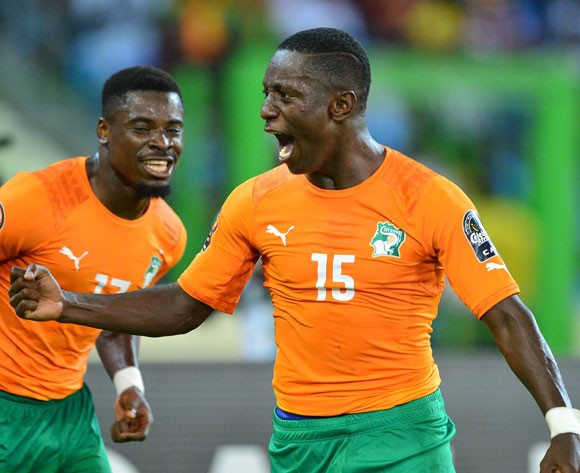 Sudan were held to a 1-1 draw by Côte d’Ivoire in Khartoum on Tuesday night, in their fourth Group I outing of the 2017 Africa Cup of Nations qualifiers.

After enjoying a 1-0 victory in Abidjan in the reverse fixture last Friday, courtesy of a first-half winner from Gervinho, the title holders had to settle for a single point on the road.

Bournemouth attacking midfielder Max Gradel put the Elephants ahead after 13 minutes at El Merreikh Stadium, but the locals levelled on the half-an-hour mark through Al Hilal forward Muhannad El Tahir.

Desperate to restore their lead before the final whistle, the visitors put a lot of pressure on the Nile Crocodiles in the second stanza, but without being able to break down their defence.

However, Michel Dussuyer’s men maintain their lead at the top of Group I on 5 points, one point clear of Sudan, while Sierra Leone are bringing up the rear on 1 point but with a match in hand over their two opponents.

Côte d’Ivoire will book their spot at Gabon 2017 if they defeat the Leone Stars in Abidjan in September, while the Sudanese will have to bag all three points in Freetown in June and hope for an upset three months later on Ivoirian soil to secure a first-place finish.