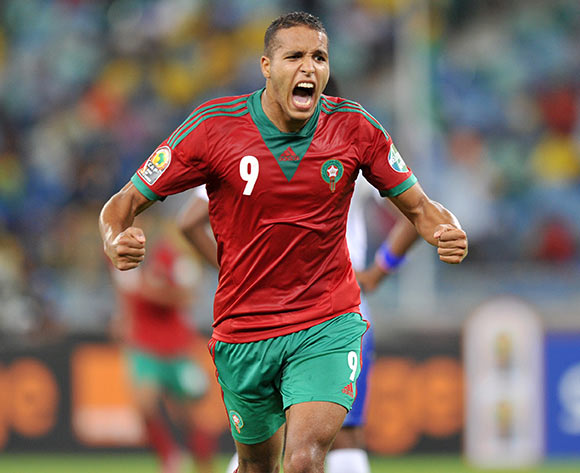 Morocco booked their ticket for the 2017 Africa Cup of Nations finals after sealing a 2-0 win over Cape Verde in Marrakech on Tuesday, in their fourth Group F outing.

Top of the group on 12 points with two games remaining, they are assured of a first place finish.

Defeated 0-1 by the Atlas Lions in Praia in the reverse fixture last Saturday, the Blue Sharks failed to turn things around on Moroccan soil with again first leg hero Youssef El Arabi as the executioner.

Following a goalless opening half, the Granada striker gave Morocco the lead from the penalty spot shortly after the restart, after Sofiane Boufal was fouled inside the box by Carlos Daniel Silveira da Graça ‘Kay’.

The latter received his marching orders to add to Cape Verde’s misery, with the visitors down to ten men for the remaining 40 minutes.

And El Arabi completed his brace just past the hour mark to seal the qualification for the Atlas Lions.

The back-to-back wins over Africa’s top-ranked nation handed two-time AFCON-winning coach Hervé Renard a whirlwind start to his tenure as Morocco head coach, as well as the opportunity to compete for a third continental crown in Gabon.