Mannetti: Blame me, not my players 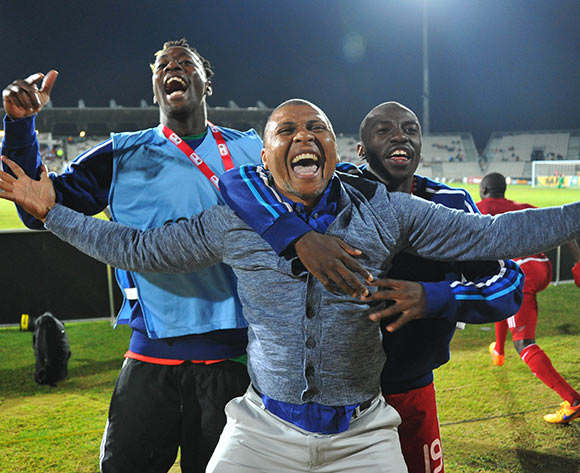 during the 2015 Cosafa Cup final match between Namibia and Mozambique at the Moruleng Stadium in Rustenburg, South Africa on May 30, 2015 ©Samuel Shivambu/BackpagePix

After their 3-1 loss at home to Burundi on Tuesday night during their 2017 Africa Cup of Nations Qualifiers, Namibia coach Ricardo Mannetti says he takes the responsibility.

The Brave Warriors were seen as favourites to bag the Group K second leg win after a convincing 3-1 win in Bujumbura but it wasn't to be at home.

Deon Hotto netted for the hosts while Pierre Kwisera and a brace by Bloemfontein Celtic forward Fiston Abdoul Razak, made it three.

However, Mannetti has taken the full responsibility for the results saying people must criticize him and not his players.

“I take full responsibility as the captain of the ship for this defeat today. Leave my players and criticize me. It was a day that things just fell apart for us,” said Mannetti.

“After a great result in Burundi on Saturday we ought to have done better than the result we got today.”

In the wake of the disappointing defeat, the Brave Warriors relinquished the second spot to Burundi, which they got Saturday after the 3-1 win at Burundi.

Burundi are now second on six points behind runaway leaders Senegal who have 12 points thanks to a 2-1 win at Niger on Tuesday night.

Niger are third and Namibia fourth both on three points and they are set to meet in June in Windhoek and in Senegal in September.