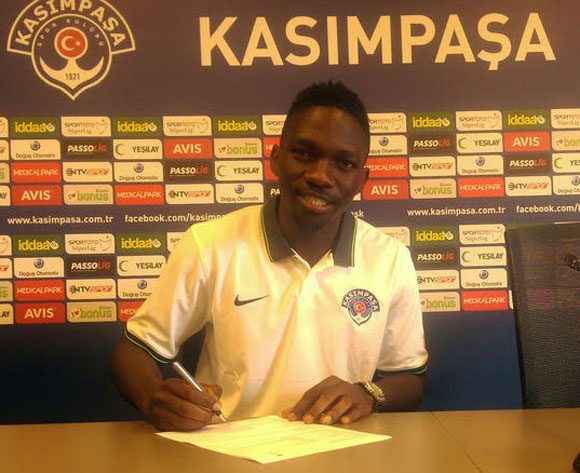 Omeruo signs for Kasimpasa on loan from Chelsea last year

Turkish club Kasimpasa will not sign Nigeria defender Kenneth Omeruo on a permanent transfer at the end of this season, AfricanFootball.com can exclusively reveal.

Omeruo has shone in Turkey, featuring in 18 matches and Kasimpasa are eighth on the Turkish Super Lig table.

Kasimpasa have the option to sign him permanently, but sources told AfricanFootball.com the modest Istanbul club do not have the cash for that and would rather want to have him on loan again for another season.

“Kasimpasa don’t have the money to buy Omeruo outrightly at the end of the season. They rather want another loan for the player and it may now mean the player will have to return to Chelsea,” a source informed AfricanFootball.com

Omeruo still has two more years on his contract at Premier League champions and if there is no agreement between ‘The Blues’ and Kasimpasa, the 22-year-old central defender will return to Stamford Bridge at season’s end.

He has already been shipped out on loan by Chelsea to Dutch ADO Den Haag and English Championship side Middlesbrough.