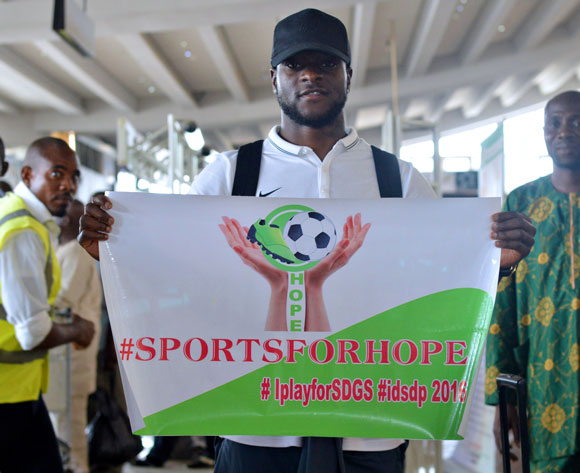 England-based Victor Moses and Odion Ighalo as well as Godfrey Oboabona of Turkish club Rizespor have thrown their support behind the football event organised with the intention of giving hope to the Internally Displaced Persons (IDPs) in Nigeria.

The IDPs are persons who were forced to leave their homes as a result of attacks from the Boko Haram insurgents.

They are scattered all over the federation in settlements provided for them by the federal government.

The event will take place in Abuja on April 6 at the Gongola Settlement for the IDPs and it is expected to be top-notch that will showcase Nigerians and people from the diplomatic communities donating gifts to the people.

A football match between the IDPs and a selected side will be staged on that day.

The organiser, Aderonke Ogunleye-Bello, an award-winning Nigerian journalist, the event is aimed at using sports for development and to give back to the society.

“Sports is a universal language which can be used to make a lot of change in the world, we aim at using this event to preach a message of hope to the IDPS and show them that we love them and to also assure them that, they have not been forgotten,” she said.

“April 6 is a UN day on sports for peace and development and we have decided to take a message to the IDPs by reassuring them that all will be okay.”

To commemorate the day, the Nigerian Red cross, UNAIDS, UNFPA, UNICEF, The Likeminds project, NAIJ.com, Pulse.ng, Hon. Dapo Lam-Adesina, The Nigeria Football Federation, 36 Lion FC, Argentina embassy and others from the diplomatic community are partners of the event.