Manzini: Mayambela is now an opponent 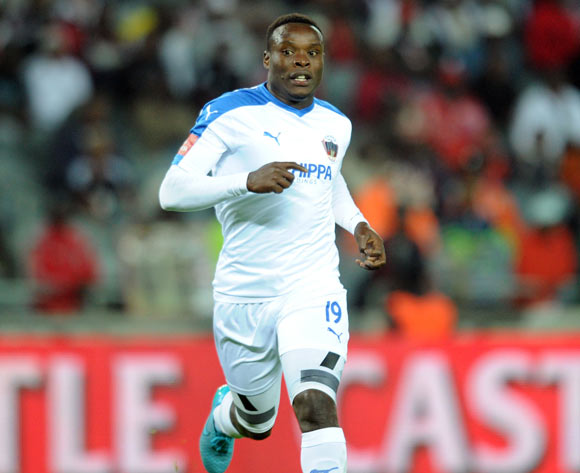 The Chilli Boys are on the way to the Capital City this Sunday in honour of their Absa Premiership assignment against Stuart Baxter's men.

However, this is the first clash between the two sides since 'Prof' joined Amatsantsantsa A Pitori with Manzini saying the dribbling wizard is now an opponent.

“He's an opponent now, we will laugh about everything before the game but not on the field. Hopefully we can grab a win against them,” Manzini tells African Football.com.

“Nothing is impossible in football as long as you put your mind to it. We have to work hard and God will do the rest.

“It's not personal because players move from one team to another, so we will just have to do our job on the day.”

Speaking about the fact that they have been on a long break since their 2-2 draw against Maritzburg United in the league on March 20, the burly forward adds that they're happy to get back to action.

“Yes its been a long break indeed, but we've been working working very hard. It's not going to be an easy game away from home,“ adds the former Platinum Stars man.

“We will go there and try to win so that we cement our place in the top eight, not taking anything from SuperSport because they are a good team - they've been scoring and winning games.”

Dan Malesela's men occupy the sixth spot with 33 points whilst United are placed at the 10th spot with three points less from their visitors.

The match is set to be staged at Peter Mokaba Stadium on Sunday afternoon.