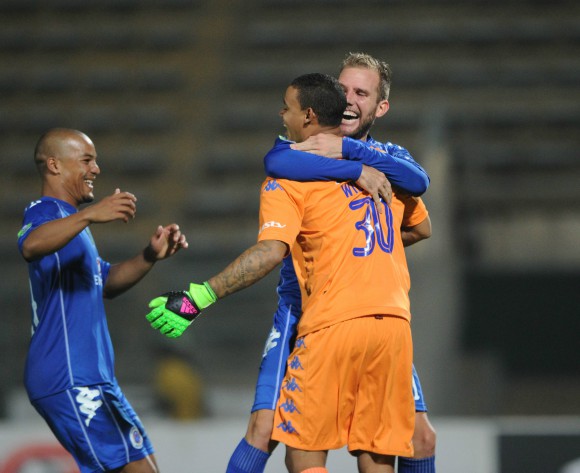 SuperSport United goalkeeper Ronwen Williams has downplayed his role in helping his team advance to the quarterfinals of the Nedbank Cup.

United and local rivals University of Pretoria played to a thrilling 3-3 draw after extra time in their last 16 cup tie on Tuesday night.

The match went to penalties and Williams made himself a hero by saving two spot kicks to see Matsatsantsa win 4-2.

However, the 24-year-old humbly admitted that saving penalties is as much about luck and guessing the right direction as it is about skill.

“Ja it is, and sometimes it’s luck as well,” said Williams when asked in a post-match television interview whether penalties were all about guesswork for a goalkeeper.

“It was a very tough game, very open game. We gave away two silly goals in the second half.

“I mean, for the past two games we’ve been solid, so we need to go back, maybe we got complacent now, this was a wake-up call.

“But it was typical cup football, a lot of goals, as you’d expect, so on to the next one.”