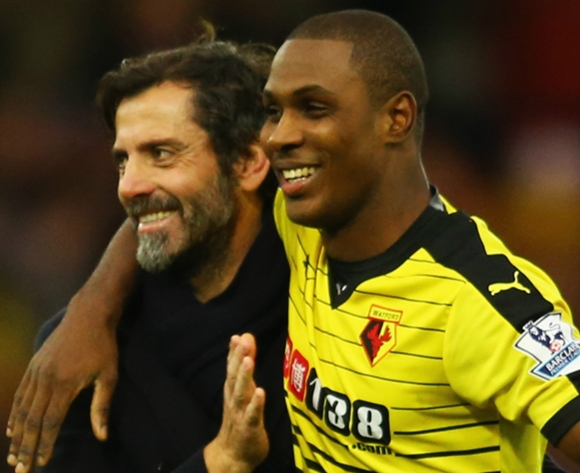 Watford manager Quique Flores has said he will not mount pressure on his top scorers Odion Ighalo and Troy Deeney for goals as he has instead tasked the midfielders to push for goals.
The Watford strikers have struggled lately having been firing earlier in the season with Ighalo's last EPL goal coming on January 23 in a 2-1 win over Newcastle United.
Flores has insisted he wants more from other areas of the pitch as they fight to stay up in the Premier League after a slump in the new year.
The Watford boss said: “In this moment, we can’t put the pressure on Ighalo and Deeney. We need help from the second line. These players need to add goals.
“Our style is different. The responsibility of the players is to play from the back.
“We need to be competitive, the Premier League is very tough. We need the focus, ambition and passion.
“The players played really well in the first half of the Premier League. I thought we had achieved the level of excellence and we can recover because we did that.”
Flores is boosted by having a full squad of players available for Saturday’s home clash with Everton.