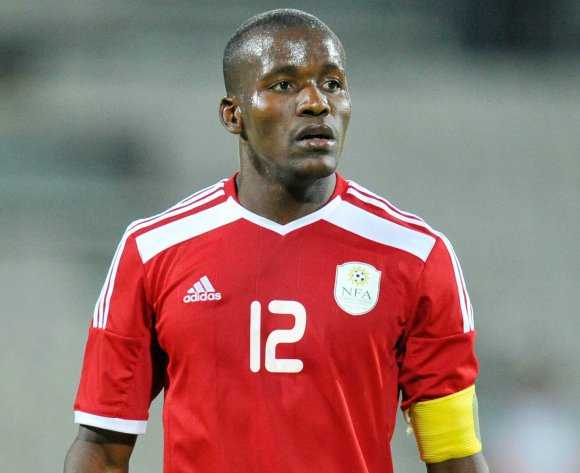 The Brave Warriors won 3-1 in Bujumbura, only to lose by the same scoreline in the Namibian capital a few days later - the loss - effectively ending their hopes of reaching next year's tournament.

"It is a roller coaster - we went away, we beat them convincingly there and then we probably took them lightly when we were playing at home, thinking it will be an easy ride," Ketjijere told AfricanFootball.com

"They were never an easy team to play against.

"It wasn't our best game at home, maybe the boys were a bit under pressure playing in front of their home crowd - expectations were high - maybe they were under pressure.

Namibia still have two qualifiers remaining, starting with a home game against Niger before heading to Dakar for a difficult away tie against Group K leaders Senegal.

"We made silly mistakes that cost us the game. We wanted to challenge for at least one of the best runner-up spots, but that is not possible anymore," the 28-year-old continued.

"We have two more games to go, we will fight and see where we end up."