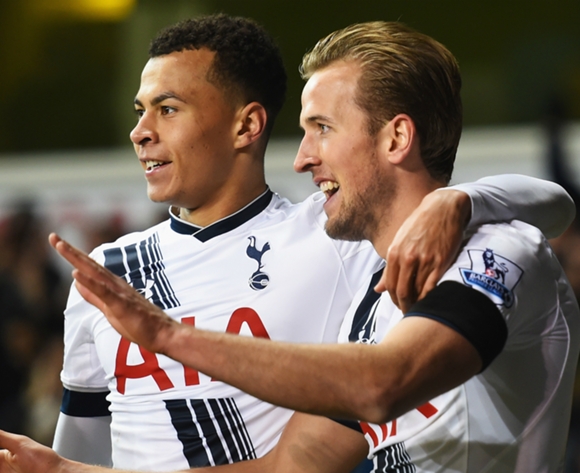 Nigeria-born Dele Alli inspired Tottenham Hotspur to dump Manchester United 3-0 and keep the chase on league leaders Leicester on his last day as a teenager.

He was rewarded with the man of the match gong a day to his 20th birthday.

Spurs remain seven points behind the league leaders with five rounds of matches yet to be played.

It was the first time in 15 years that Spurs had beaten United at White Hart Lane.

After a scoreless first half, the England international finally opened scoring after 70 minutes for his eighth goal in the league , before goals by Alderweireld in the 74th minute and Erik Lamela after 76 minutes buried United.

“We just to keep winning games,” said Alli after he was presented the man of the match award.

“It was another good performance from all the boys and we will continue to focus on the league.

“It has been a good season for us and we want to finish the season strongly.”