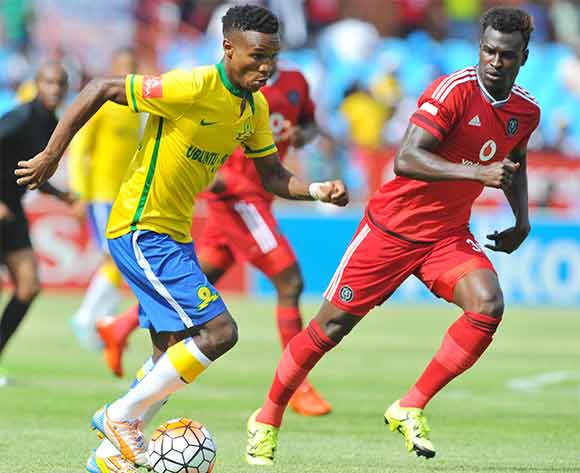 Mamelodi Sundowns midfielder Themba Zwane believes losing 1-0 to AS Vita in the CAF Champions League is not a bad result.

The South African Absa Premiership outfit succumbed to a late 1-0 defeat at the hands of the Democratic Republic of Congo side on Sunday afternoon.

However, speaking to the Sowetan website, 'Mshishi' said they will fight for a win when they host the Black Dolphins.

"The game was not that difficult, I don't think [losing] 1-0 is that bad. We are going to beat them this side. We have the players to create [chances] out of nowhere. We need to take our chances,” said Zwane said.

"We got a lot of chances but we didn't use them [on Sunday]. I got a chance and that was a clear chance. I tried to connect [with the ball], but I mis-kicked.

"We kept the shape in DRC and our plan was working well until we conceded that silly goal. But we will rectify it in the next round. They gave us space to play and if you give us space, we will kill you."

The Brazilians are scheduled to meet Polokwane City in the league on Wednesday night and Jomo Cosmos on Saturday before turning focus to Vita next Wednesday.