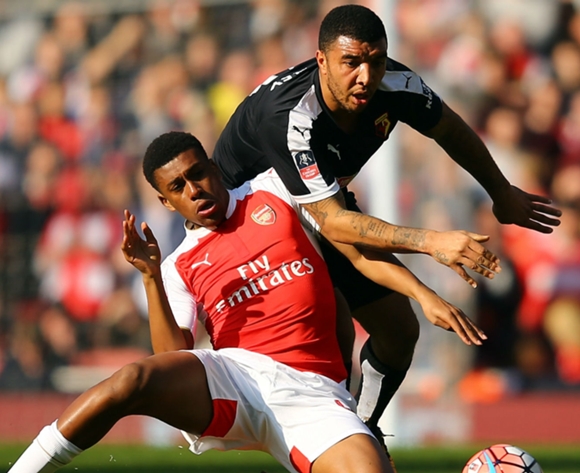 Arsenal youngster Alex Iwobi has been named by France Football magazine among the top five African stars in Europe for the past week.

Iwobi provided two assists as Arsenal drew 3-3 with West Ham in a thrilling London derby at the weekend.

The 19-year-old Nigeria international has shone for London Gunners after he was given his chance by manager Arsene Wenger this season.

The other top African stars for the past week are Egypt’s Mohamed Salah, Cedric Bakambu from DR Congo, Salomon Kalou of Cote d’Ivoire and Algeria’s Hicham Belkaroui.

Salah netted an equaliser for Roma against Bologna, Bakambu aka ‘Bakambut’ was on target in both the Europa League and La Liga for Villarreal in the week under review and Kalou scored his 14th goal for Hertha Berlin against Hannover in the German Bundesliga.