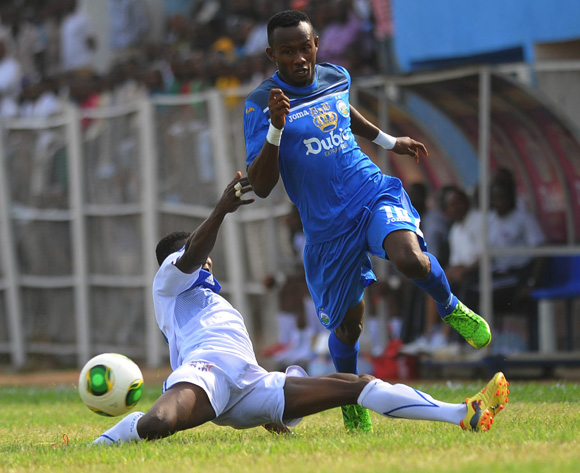 Club Africain have come under serious attack as regards Enyimba striker Mfon Udoh, who last year failed a medical with them only to score a hat-trick to sink another Tunisian club Etoile du Sahel in a CAF Champions League at the weekend.

Udoh hit target in the ninth, 55th and 80th minutes on Sunday in Port Harcourt

Club Africain claimed Mfon Udoh was suffering from a dangerous and contagious ailment and that was why the Tunis club did not eventually sign him.

Fans have bombarded the Tunis club demanding how it was possible they could have lost such a top striker, who holds the all-time record in the Nigeria league with 23 goals two seasons ago.

The club have refused to make an official statement in this respect, insisting on confidentiality of a person’s medical record.