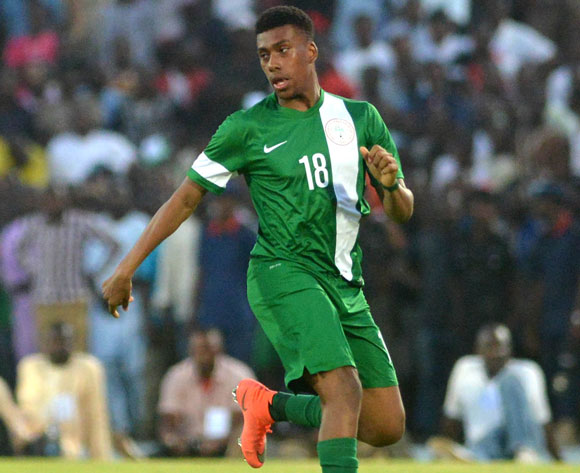 Arsenal youngster Alex Iwobi has praised the passion of Nigeria football fans after he made his official debut for the country last month.

Iwobi featured in the two AFCON qualifiers against Egypt last month after he featured in a number of friendlies last year.

He said England had contacted him about playing for them at full international level, but he opted for Nigeria.

“The love Nigeria showed me… when I played for them in a friendly, the fans were just crazy. The fans almost eat you up because they love you so much. I’m enjoying playing for them,” Iwobi told the Arsenal website.

“When you’re getting out of the airport there are fans already there screaming ‘Arsenal, Arsenal. Gunners for life!’ and it’s just mad. Some of them have Arsenal shirts and then others will ask me for Arsenal shirts. It’s a bit mad and the fans are crazy.”

He added: “I was hoping to contribute to the team and I came on for eight minutes [for my debut]. I was buzzing and all the fans were clapping and singing songs. The second game we unfortunately lost and went out of the Africa Cup of Nations, but that moment was crazy and a great feeling.

"Hopefully I can play more competitions for them.”