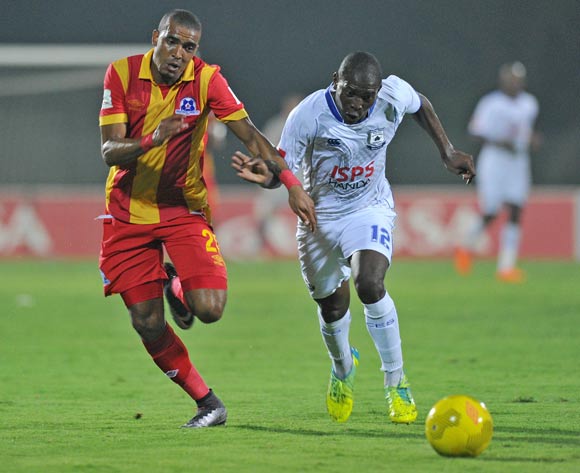 Maritzburg United were made to pay for missed scoring opportunities as Mpumalanga Black Aces recorded a 2-0 Absa Premiership win over Maritzburg at Harry Gwala Stadium.

Relegation-threatened Maritzburg had their chances to come back into the game, but missed two very good scoring opportunities in the second half.

Maritzburg forward Mohammed Anas got himself injured during the warm up and had to be taken out the starting eleven. He was replaced with Ryan Moon, who got to face his older brother Bryce Moon out on the field.

The first real goal scoring chance of the game went to Black Aces when their midfielder Thabo Nodada fired in a long range shot at goal, but it flew over the crossbar in the 12th minute.

The best chance of the game arrived just after the 40-minutes when Maritzburg striker Evans Rusike found space inside the danger area, only for his low shot to be well saved by Shuaib Walters.

Then, moments later, Aces missed a glorious chance when Bhongolwethu Jayiya completely mis-kicked the ball from close range when all he needed to do was place the ball into the back of the net.

The visitors took the lead early in the second half when Thabo Nodada drove home a left footed shot at the near post.

Then Maritzburg made a costly miss when substitute Van Wyk missed the target altogether with just the keeper to beat from a very good position, and then Maritzburg’s key forward Evans Rusike put his shot wide of goal.

In the 73rd minute Judas Mosemaedi found the back of the net when a powerful volley from Nodada rebounded off the keeper and hit his chest and went in.

Inside the final ten minutes Deolin Mekoa got into space and hit a low shot towards goal, but star man Walters once more got down low to make a very good save.