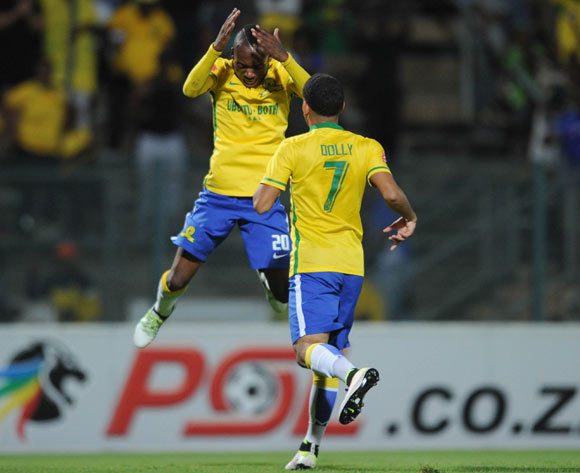 Coming off a 1-0 loss to Bidvest Wits, Jomo Cosmos suffered another 2-0 defeat against the star-studded Mamelodi Sundowns on Saturday night at Lucas Moripe Stadium.

First half goals from Leonardo Catsro and Khama Billiat took Pitso Mosimane's men to 58 points, whilst Jomo Sono's side remain rooted at number 15 on the log table with 20 points from 25 matches.

The Brazilians started like a house on fire and had a chance in the sixth minute when Castro played the ball in, but Cosmos defended well and Tebogo Langerman failed to keep it on target.

After the 10 minute mark, good interplay by Hlompho Kekana and Themba Zwane was dangerous, but Ezenkosi skipper Frederic Nsabiyumva was called to action when he stopped Kekana's attempt to bag the lead for the hosts.

Sono's men completed a good string of passes in the 18th minute but their decision making in the final third let them down and a follow up by Tebogo Makobela was way off target.

In the 29th minute, Keagan Dolly failed to keep his attempt on target after receiving a wonderful pass from Billiat on the right, but the visitors crowded the box and Cosmos cleared the danger.

A minute later, Kekana showed his class in the middle of the park when he picked out Billiat, who sent the ball to Castro on the right of the box and the Colombian brilliantly chipped the Cosmos keeper Modiba to hand the Tshwane giants the lead.

In the 33rd minute, Billiat received a long wonderful pass from Kekana when he turned defence into attack and the former beat Nsabiyumva before coolly finishing in the box beyond Modiba to make it 2-0.

Five minutes later, Wayne Sandilands was called to action when Ezenkosi received a set piece in a good position and the Zimbabwean-born striker Charlton Mashumba took it, but the Bafana Bafana goalkeeper safely held on.

Mosimane's side continued with their dominance and it was 2-0 at the interval and the second half saw the hosts continuing where they left off, but Langerman's cross was too hard for Zwane in the 49th minute.

Just after the 50th minute, the Premier Soccer League returnees contained the log leaders and gave them little space to manoeuvre.

However, in the 57th minute, Castro was denied by Modiba as he tried to make it 3-0 after a sweet pass from Dolly on the left, but the goalkeeper was equal to the task to make a save.

The final 10 minutes of the match saw the encounter losing its spark, with the hosts controlling the proceedings but Cosmos nearly scored when Thabang Monare saved a great ball on the near post.

The Tshwane giants managed to hold on to their lead as they consolidated their position on the top of the log table.