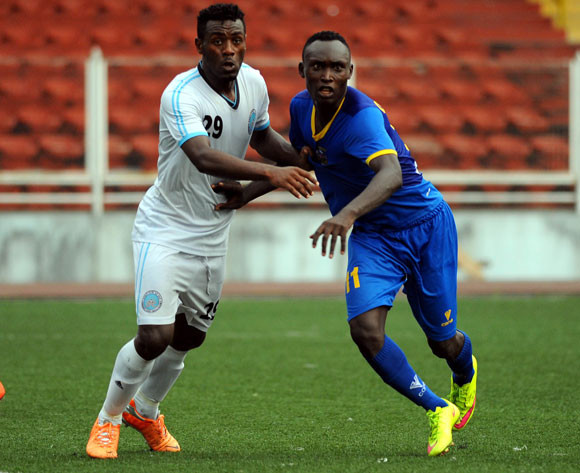 Enyimba’s chances of qualifying for the money-spinning group stage of the CAF Champions League have suffered a major setback following the suspension of star midfielder Joseph Osadiaye.

READ: Etoile vs Enyimba sold out

Osadiaye will miss Wednesday’s crunch return leg clash against Etoile du Sahel of Tunisia after he picked up his second booking in the competition against the Tunisians in Port Harcourt last week.

‘Spirit’, as he is affectionately called by teammates because his magical ball skills, has made a huge impact in his first season at Enyimba afterhis transfer from Warri Wolves in the off-season.

The fleet-footed player’s form and goals have already earned him a place in the Nigeria Olympic team.

Already,the Nigeria champions are battling with the fitness of another midfielder, Ikechukwu Ibenegbu ‘Mosquito’, after he has recovered from food poisoning.