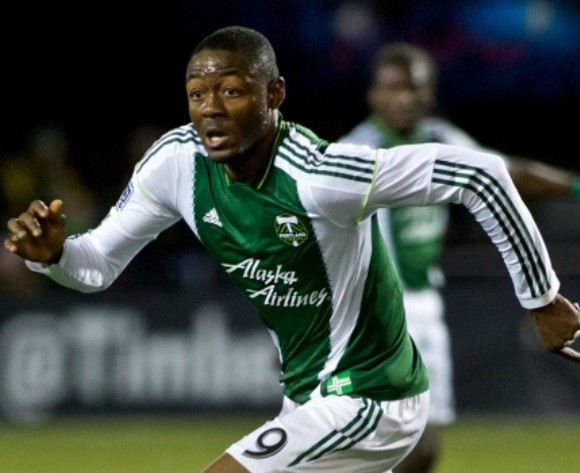 “Adi is on the radar of West Ham. They wanted him even before they finally landed another Nigeria striker, Emmanuel Emenike, on loan in January,” a top source told only AfricanFootball.com

“They are still likely to go for him in the summer.

“A couple of caps for Nigeria will also enhance the chances of this transfer going through.”

West Ham will not extend the loan deals of both Victor Moses and Emenike at the end of the season.

Last month, Adi got his first call-up by the Super Eagles in the AFCON qualifiers against Egypt, but he did not make his debut.

Last year, he scored 18 goals as Portland made history by clinching a first-ever MLS championship.

The big striker has carried on from where he left off last season and he has now netted six goals to be the leading scorer in the MLS.

The 25-year-old Adi has never hidden his desire to return to mainland Europe after stints in Slovenia, Denmark and Ukraine.