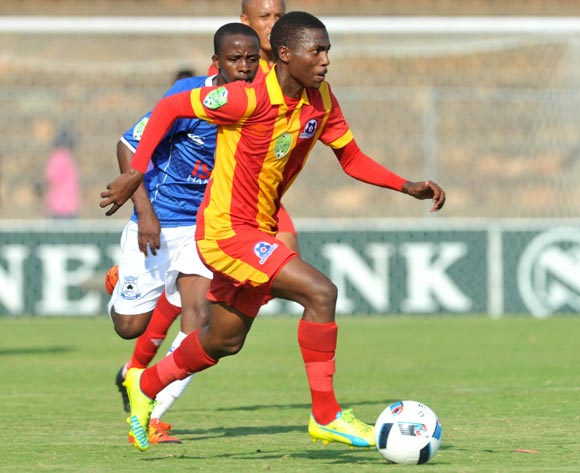 Mabedi was speaking to the media during a press conference at the Premier Soccer League headquarters in Parktown ahead of their Nedbank Cup Last Eight clash against SuperSport United this Friday.

“Cup games are different to league games, it's all about who wants it more on a particular day,” said Mabedi.

“We as Aces, we believe in the future of the team that is why we have given the youngsters opportunities.

TLOLANE: WE CAN'T AFFORD TO LOSE TO BAROKA

“From the beginning of the season we've had a small squad and the (FIFA international) break gave us a chance to rest.”

The Nelspruit-based side made it through to the quarterfinals of the Ke Yona competitions following victories over United Rovers and Absa Premiership strugglers Maritzburg United.

On the other hand, SuperSport beat the Dube Birds in Dobsonville before dispatching neighbours, University of Pretoria, on penalties.

Against Stuart Baxter's rejuvenated Amatsantsantsa A Pitori, Aces will face a challenging task as the Tshwane giants are just as desperate for silverware.

The match will be staged at Lucas Moripe Stadium on Friday night, April 22. Kick-off is at 20h00 CAT.