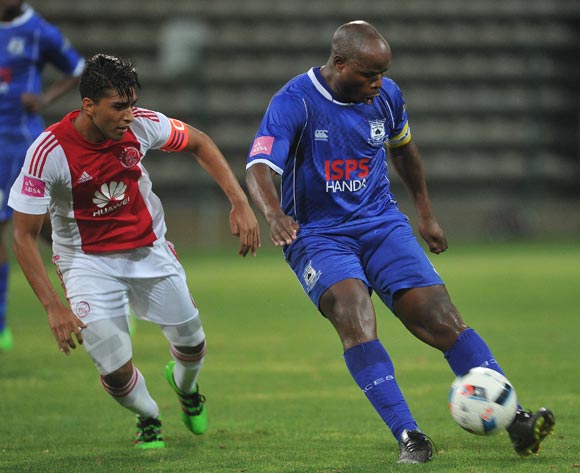 Mpumalanga Black Aces assistant coach Patrick Mabedi believes Collins Mbesuma will be back to his goal-scoring best when AmaZayoni face SuperSport United in the Nedbank Cup on Friday evening.

The two Absa Premiership sides will lock horns for a place in the semifinals of the competition at the Lucas Moripe Stadium.

Aces have been overly reliant on Mbesuma for large portions of the Premier Soccer League season, but proved in their 2-0 win over Maritzburg United last time out that they can win games without their burly talisman.

Mbesuma, 32, is the league's top scorer with 13 goals and is on course to win his first golden boot award since the 2004/05 season.

Mabedi has encouraged the former Kaizer Chiefs forward not to put himself under unnecessary pressure as they gear up to face Matsatsantsa in the capital.

.”I have been speaking to him [Mbesuma] and I don’t think a player of his caliber should be putting himself under pressure just because he has not been scoring for sometime. I think he will be refreshed for what is an important game for us this Friday,” Mabedi said.