Bulunga upbeat ahead of Cosafa 2016 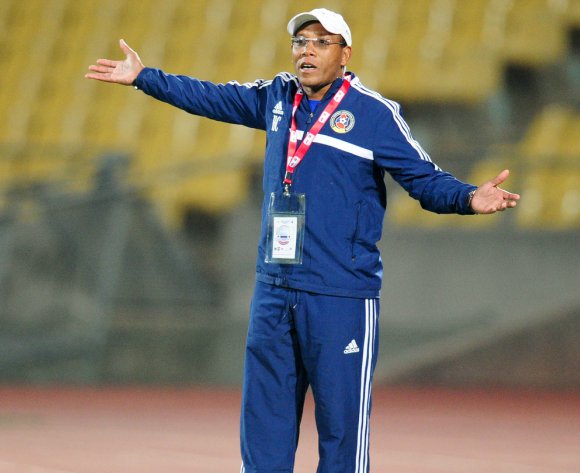 Swaziland national team coach Harries Bulunga is adamant his side will improve on their showing at the 2015 Cosafa Castle Cup tournament.

Isihlangu Somnikati will participate in this year's edition, set to be staged by hosts Namibia from 11-25 June 2016, with the coach saying they were unlucky not to reach the Last Eight at last years tournament in South Africa.

Although they missed an opportunity to feature in the 2018 FIFA World Cup Qualifiers, Swaziland have improved as a football nation in recent times.

The Swazis defeated Lesotho and guest nation Tanzania in the first round in Rustenburg a year ago, but a 1-1 draw with Madagascar saw the Islanders going through on goal-difference.

“We were unfortunate to miss out on goal-difference, but we were pleased with our performances and carried that momentum into the African Nations Cup qualifiers that followed,” Bulunga said.

“We are in a position where we can still qualify for the Nations Cup finals in Gabon and that ground-work was laid at the COSAFA Castle Cup last year.

“We missed out on the World Cup qualifiers when we lost 2-0 on aggregate to Nigeria, but that shows you we are able to run the so-called powerhouses of the continent close and be competitive.

“That is what we hope to bring to the COSAFA Castle Cup in Namibia this year.”

Bulunga believes the players exposure to major international competitions is improving the football in the country.

“Domestically we are doing well and improving the number of tournaments our players are exposed to and that added competition is, in my opinion, bearing fruit for the national team, as we have seen over the last year,” adds Bulunga.

“As a national side we have been making good strides and are heading towards our goal of being one of the more recognised teams in Africa.”

The draw for the Southern African showpiece is scheduled to be staged on Thursday, 28 April in Windhoek.