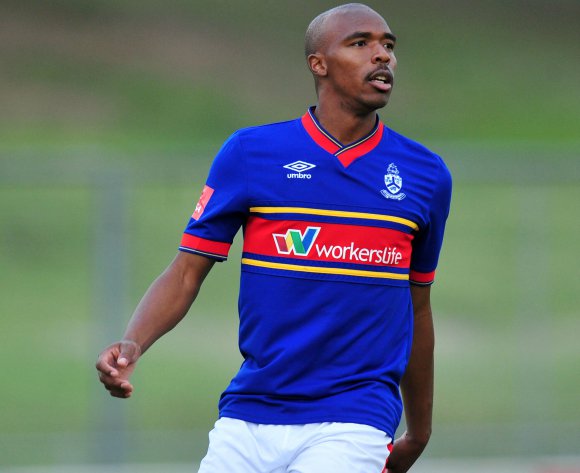 University of Pretoria head coach Shaun Bartlett has challenged Lennox Bacela to continue his good run of form as the Absa Premiership season draws to a close.

AmaTuks moved out of the relegation zone in recent weeks, with two wins and two draws from their last five fixtures.

The capital side,though, still have a lot if work to do with bottom placed Maritzburg United closing the gap between 14th and 16th place to a single point following their 1-0 win at Free State Stars on Tuesday.

Bartlett's troops next face Kaizer Chiefs at Tuks Stadium on Wednesday evening; knowing victory for Jomo Cosmos over Bloemfontein Celtic, coupled with defeat to the Amakhosi will see Tuks end the day in the relegation play-off spot.

"I have said it on numerous occasions, in situations like this, you look and count on your experienced players," said Bartlett. "Lennox is one of those players that has obviously helped us through this period thus far - it has to continue.

"We need to make sure we are more consistent in performance and results, and so far it has been working

Bartlett further revealed that he hasn't done anything majorly different as far as Bacela is concerned. The former Orlando Pirates striker was AmaTuks marquee signing ahead of the 2015/16 season, but failed to impress in his first six months at the club.

"I have done nothing majorly different with Lennox, just instilling a little bit of self-belief and confidence as far as performing is concerned," Bartlett added.

The 33-year-old notably scored a brace in a 4-2 win over the Team of Choice earlier this month.