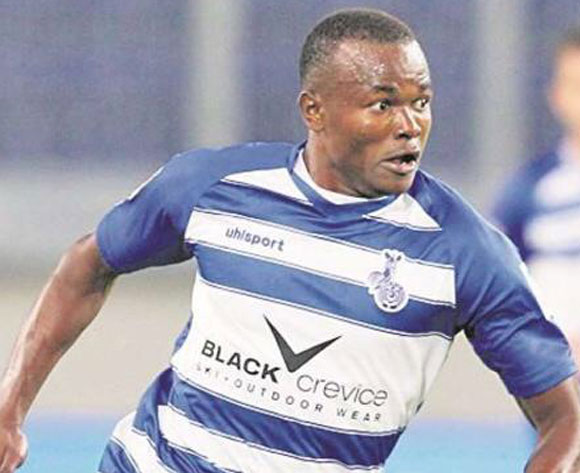 Nsofor was sent off and his club MSV Duisburg relegated

Nigeria striker Victor Obinna Nsofor scored the winner for German Bundesliga 2 side MSV Duisburg in a 2-1 win over Fortuna Dusseldorf to boost their survival hopes.

Duisburg are 17th on the league table with 28 points in 32 games.

They are now just a point away from safety with two matches to the end of the season.

The former Inter Milan striker scored in the 58th minute to give his side a 2-0 lead after his compatriot Kingsley Onuegbu opened the scoring in the 47th minute.

The Jos-born star lasted for 86 minutes before he gave way to Thomas Broeker, while Onuegbu played 80 minutes and was replaced by Zlatiko Janjig.

Obinna has scored three goals in the league this season, while Onuegbu has scored four.