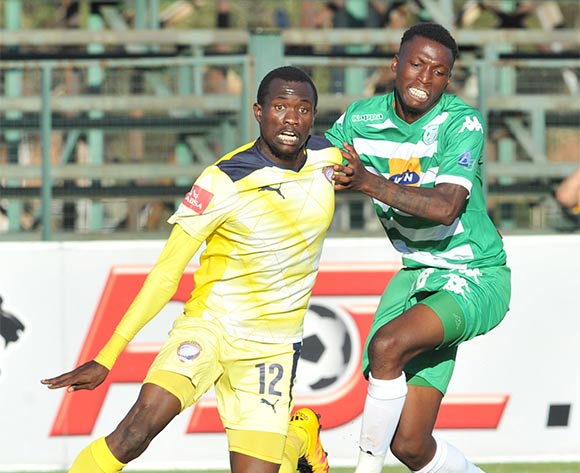 Jomo Cosmos defeated University of Pretoria 1-0 in an Absa Premiership clash played at the Olen Park in Potchefstroom on Sunday afternoon.

Ezenkosi moved to position 14 on the Absa Premiership standings following their victory, while AmaTuks slipped to 15 on the league table.

Zimbabwean midfielder Denver Mukamba fired the first warning for Cosmos when he unleashed a shot from range and it went wide of the target just two minutes into the game.

However, the deadlock was then broken six minutes later by Charlton Mashumba who finished off a pass from teammate Mukamba to hand Cosmos the lead.

A cross from Thabo Mnyamane found his AmaTuks teammate Ian Chikohwa in the Cosmos box in the 19th minute, but the latter headed the ball just over the crossbar.

At the other end six minutes later, Cosmos attackers combined brilliantly and Linda Mntambo decided to try his luck from range and his effort sailed over the crossbar.

Bacela's shot from the edge of the Cosmos box was blocked by Nhlakanipho Khumalo as the home side contained the visitors until the referee blew the half-time whistle.

The visitors were awarded a free-kick just outside the Cosmos box in the 58th minute, and former Orlando Pirates striker Bacela stepped up and placed his effort wide of the target.

Ezenkosi nearly doubled their lead a minute after the hour-mark when Thabang Monare's acrobatic effort from inside the AmaTuks box went just over the target.

In the 74th minute, Cosmos' free-kick specialist Cheslyn Jampies had a chance to score a from a set-piece, but the full-back placed his effort over Tuks keeper Tristyn Coetsee's goal-posts.

Coetsee was tested with twelve minutes left on the clock by Luyolo Nomandela and the keeper made a good save and ultimately, Cosmos emerged 1-0 winners.