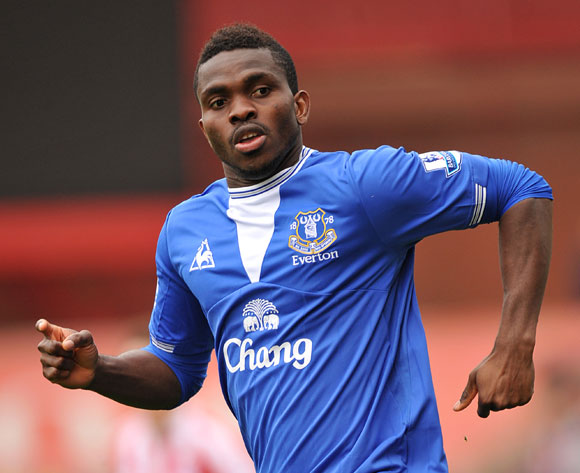 Yobo in his Everton days

Former Nigeria skipper Joseph Yobo was a guest of honour as his former club Everton took on Bournemouth in a Barclays Premier League game on Saturday.

Yobo was presented to the fans at half time and received a stadium-wide ovation from all present.

"It was a humbling and emotional moment for me," said Yobo, who spent a decade at the Premier League club, who he joined from French side Olympique Marseille.

Everton have endured a torrid season, with fans booing the team and calling for manager Roberto Martinez to be fired. But they still took a time out to give a former servant a welcome worth remembering.

The visit to Everton was part of Yobo's preparation for his testimonial game in Port Harcourt on May 27.