Pressure on Enyimba to be African champions again admits Udoji 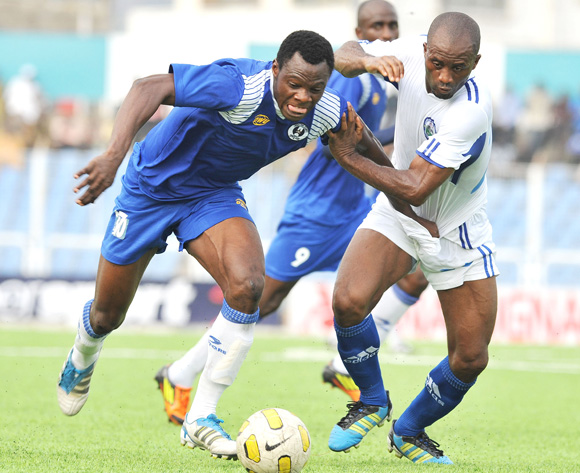 Udoji (right) in action for Enyimba

Enyimba skipper Chinedu Udoji has admitted the Nigeria champions are under pressure to win a third CAF Champions League trophy this year.

Enyimba have won the Champions League in 2003 and 2004 and they have now qualified for the money-spinning group phase of the competition.

The ‘People’s Elephant’ progressed to the group stage at the expense of Tunisia’s Etoile Du Sahel in a penalty shootout after both legs ended 3-3 on aggregate.

Speaking ahead of the May 24 draw for the group stage of the Champions League, the central defender admitted they are under pressure to prove themselves by excelling in the competition this time.

Udoji also admitted that the failure of the other Nigerian clubs to progress to the group stages of the continental competitions doesn’t speak well of the Nigerian league, adding that the onus is now on them to restore the pride of the league.

“We have to do well in the Champions League because the failure (of the other teams) doesn’t speak well of our league and if we don’t do well, we will be rated lowly,” he concluded.