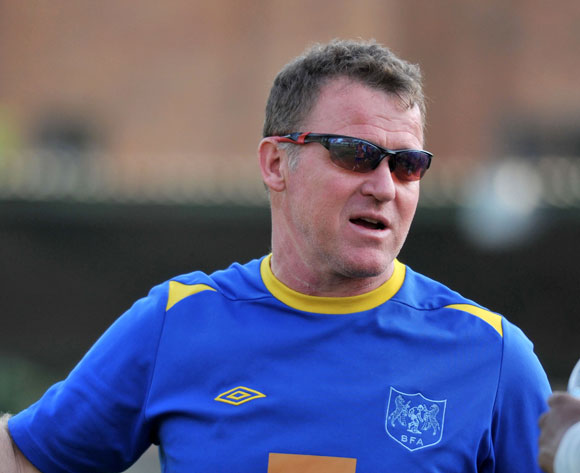 Zebras head coach Peter Butler has stated that he hopes the Botswana Football Association (BFA) organises a friendly match before their next competitive match.

Botswana are scheduled to take on Uganda in a crucial 2017 Africa Cup of Nations (AFCON) qualifier at the Francistown Sports Complex in Francistown early next month.

English tactician Butler has explained that his charges have to be ready for the tough encounter against the Cranes of Uganda on the 4th of June.

The Zebras will edge closer to qualifying for the 2017 AFCON finals, if they beat the Cranes who are currently placed second on Group D standings - a point ahead of the former.

“I am hoping to bring in the players on May 16 and we shall have to access the situation then," Butler told local media.

"We are all hoping the BFA has arranged a friendly fixture of a standard that will prepare us for the rigours of facing Uganda as it is going to be a very tough game,” he said.

BFA's Chief Executive Officer (CEO) Kitso Kemoeng has confirmed that they have received an invitation from the Ghana Football Association (GFA).

"Right now we are working on a budget to submit to the government regarding the Ghana offer, Kemoeng told local media.

The Black Stars of Ghana are currently sitting at the top of Group H. The 2017 AFCON finals will be hosted by Gabon.