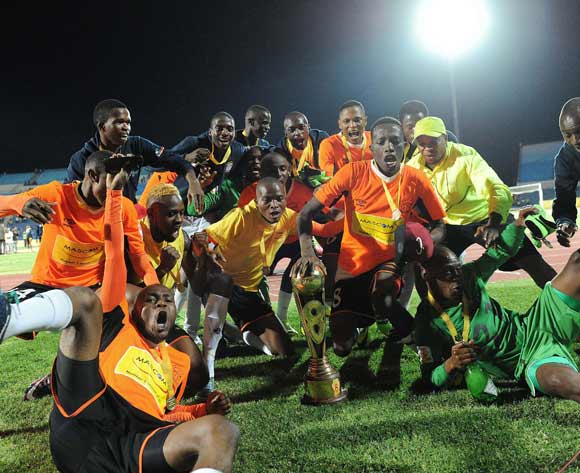 Orapa United player celebrating as they receives the Mascom Top8 trophy after beating Township Rollers 3-1 in the final at the Francistown stadium in Botswana on 23 April 2016.:MONIRUL BHUIYAN/Backpag pix

beMOBILE Premiership outfit Orapa United have confirmed that they are interested in participating in the 2017 CAF Confederation Cup.

The Ostriches qualified for the continental competition after winning the 2015/16 Mascom Top 8 Cup a fortnight ago.

When speaking to local media, Orapa's club official Barulaganye Bogotsi stated that they are keen to represent Botswana in the CAF inter-club competition.

"The plan is to go to CAF to compete with the other champions in the continent and raise the country’s flag," Mogotsi said.

Unfortunately, the two local giants pulled out of the CAF inter-club competitions due to lack of funds.