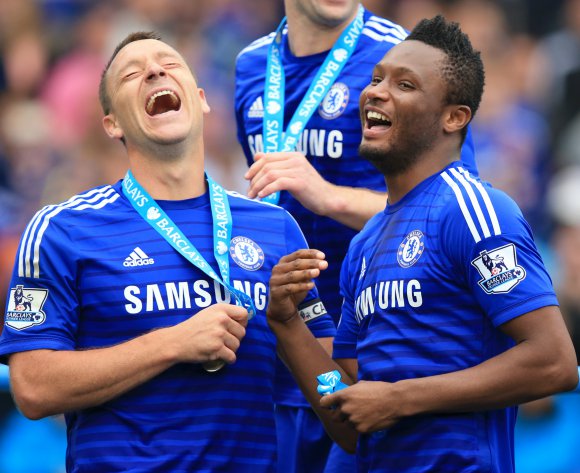 Chelsea captain John Terry is the latest player from the English Premier League to confirm his availability in Port Harcourt for the Joseph Yobo Centenary Game scheduled for May 27 to celebrate the retirement of the former Super Eagles captain from football.

The centre back, who captained  between August 2006 and February 2010, and again from March 2011 to February 2012, confirmed his availability for the game to Yobo last weekend.

“We are really excited by the confirmation of John Terry for the Yobo Centenary Game in Port Harcourt. He’s one big player who is very popular here in the country because of England and Chelsea’s large followership in Nigeria,” observed coordinator of the Centenary Game, Waidi Akanni.

Both Thierry Henry and Wayne Rooney are also expected along with a host of other players from Europe.

Also confirmed for the match are top African players like Samuel Eto’o Fils, the Ayew Brothers, Dede and Jordan, Sulley Muntari, Djibrin Cisse and Tresor Lualua amongst others.

Akanni, a former Super Eagles player, said in Lagos that the Yobo testimonial has continued to generate interests from past and present players from around the world.

“In the course of Yobo’s career that saw him clock 100 caps for Nigeria, he built so much goodwill around Europe. Anywhere you mention his name, people remember him with fond memories,” stressed Akanni.

Last weekend, Yobo, who was special guest at Everton’s home game against Bournemouth, was duly hailed by fans who remembered his 10 years adventure there. Chants of ‘Yobo, Yobo, Yobo’ rocked the stands as fans honoured him.

“Ifeanyi Ubah is fully committed to making the testimonial a memorable one for Yobo and his friends,” the coordinator hinted.

The Joseph Yobo Foundation is in partnership with Rivers State Government for the Centenary Game at the Adokiye Amiesimaka Stadium in the Garden City.