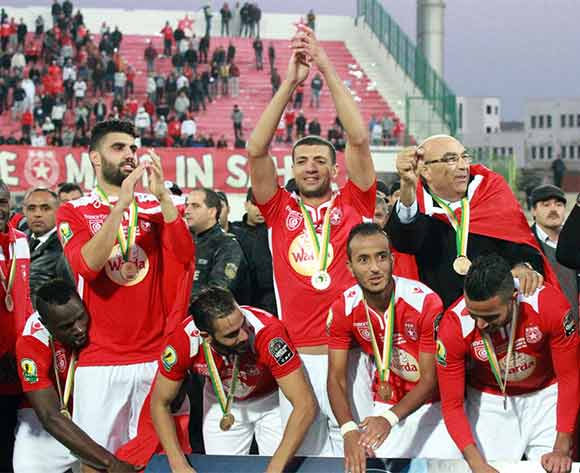 Tunisian giants Etoile Sportive du Sahel are set to welcome Gabon's CF Mounana in the CAF Confederation Cup, looking for nothing less than an outright victory.

Coach Faouzi Benzarti will be hoping to lead his side to a better showing in the continental club competition having been disappointed by their CAF Champions League exit.

Sahel will be eager to defend their crown after claiming it last year - beating South Africa's Orlando Pirates 2-1 on aggregate in the final.

The Tunis-based side lost to Nigeria's Enyimba via penalties following a 3-3 draw on aggregate, and will now be eyeing a progress to the group stages of the second tier competition.

The Diables Rouges fought hard in the second leg against the Nigerians at home, but will now set their sights on progression in the CAFCC.

In their previous three matches, they beat Stade Tunisien, Kairouan and EO Sidi Bouzid in the Tunisian Ligue1, giving them the needed confidence heading into the clash.

Attackers Amir Omrani and Ahmed Akaichi are set to spearhead their attack and will be tasked to ensure the Gabonese side return home empty handed.

On the part of the visiting side, coach Kevin Ibinga will have to motivate his charges to go all out and ensure they bring back their pride in the continent.

Mounana will also hope to reach the group stages of the tournament having done well so far by beating Egyptian Premier League side, ENPPI.

They beat the EPL side on penalties after a 2-2 draw in a two-legged thriller. They have also been doing well on home soil, beating Akanda in their domestic Championnat Division 1 last time out.

Goalkeeper Emmanuel Yezzoat and defender Pape Sambou will be the key men as coach Ibinga aim for a better showing in the on-going campaign.

Mounana played to a 2-2 draw at home against South African Premier Soccer League side, Orlando Pirates, last year before succumbing to a 3-0 loss in Johannesburg - which ended their run in the play-off round.

The match will be staged at Stade Olympique de Sousse in Sousse. Kick-off is at 19h00 CAT.