Ighalo wants to do double over Liverpool 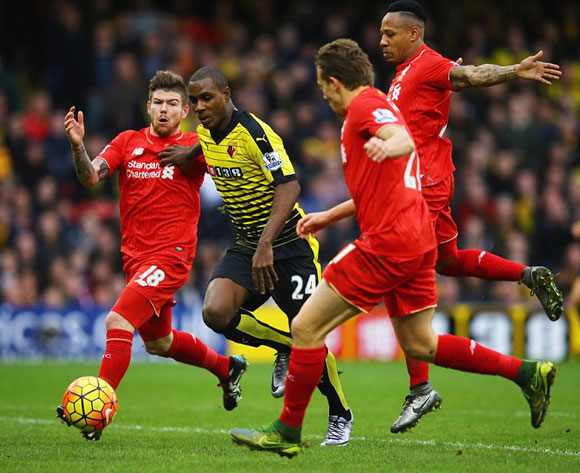 Nigeria international Odion Ighalo is aiming to do a double against Liverpool when he leads Watford attack this weekend.

The former Granada striker scored a brace in the 3-0 home win over Liverpool in December and he is targeting a repeat.

Ighalo said he is expecting a very tough game at Anfield on Sunday, but believe Watford can do get good result with a better performance than they did in the first round.

“It’s going to be a tough game,” Ighalo told his club website.

“When we played them last time they had a new coach, they weren’t doing well, but now they are a better team.

“The whole team fought from the first minute for each other, we chased down every ball, we didn’t give them time to play.

“We have to fight the same way, probably even more than we did in the last game. It’s possible for us to win there, but we have to be determined and work hard to get the result.”

The former Flying Eagles captain has scored a total of 16 goals this season with 14 of them in the EPL.