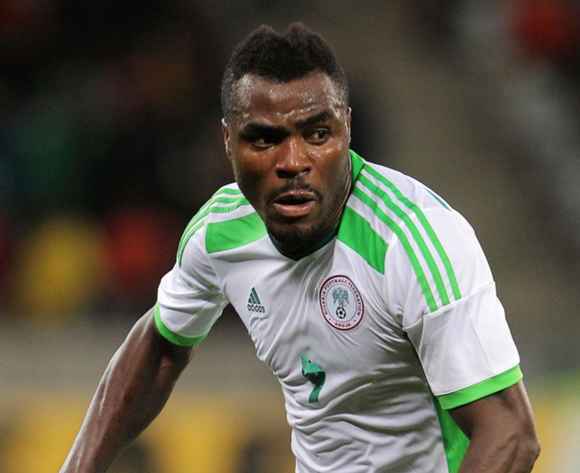 Top Nigeria Football Federation official has taken a swipe at Emmanuel Emenike after he accused the federation of “insulting” Joseph Yobo by fixing a Super Eagles game on the same day with the testimonial match for the ex-Eagles skipper.

The Eagles play a friendly against the Eagles of Mali on May 27 in France, while the Joseph Yobo testimonial match holds on the same day at the Adokiye Amesiemaka Stadium in Port Harcourt.

First vice president of the NFF Seyi Akinwumi would now point accusing fingers at West Ham striker Emenike for speaking out of turn and without facts, suggesting that there wouldn’t have been any conflict if the Yobo testimonial had been in conjunction with the NFF.

“These players go on the air and just spit sometimes,” he began, in reference to Emenike’s accusations.

“I think Emenike does not have the facts for sure and he should have asked for the facts before he went on the air.

“Yobo has been a fantastic performer for Nigeria and the way these things work anywhere in the world is that that testimonial should be done by him alongside the NFF and there wouldn’t have been any conflicts.

“For example, I only got the letter sometime in April and whether it got to the NFF, I’m not sure.”

“I think it should be the other way round,” he said. “This is a Fifa-free window and most teams outside the Premier League have concluded their plans and he (Yobo) could have fixed another date,” he argued.