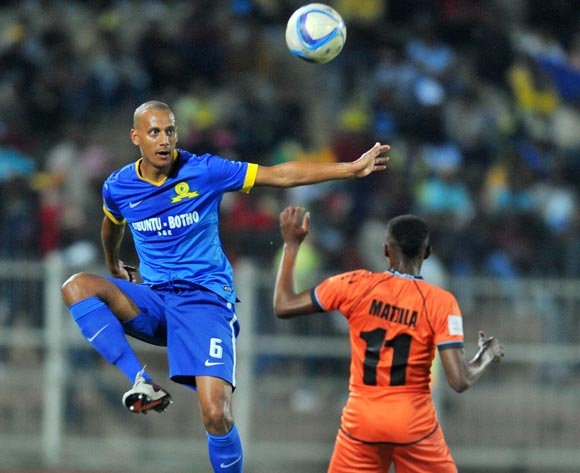 The duo were unlikely stars in the clubs run-in to Absa Premiership glory this season with Arendse particularly impressive alongside Thabo Nthethe in the heart of defence.

Also integral to the club wrapping up a record-extending seventh league title since 1996 has been the attacking combination of Leonardo Castro, Khama Billiat and Keagan Dolly (CBD). The trio contributed 32 goals between them in all competitions this season with Billiat assisting an astonishing 20 goals.

"It is not only the CBD - [Hlompho]Kekana, [Denis] Onyango and the rest who have been underrated.

Mosimane continued: "I am happy for Tiyani Mabunda, I said to him 'we have entrusted you to bring the league'. Can you believe, coming from the MDC [Multi-Choice Diski Challenge], one year in limbo, don't know where you are going and look at him now - gold medal.

Mabunda played 90 minutes in wins over Kaizer Chiefs and AmaTuks. The midfielder has been in the dark for most of his time at Chloorkop since his move from Black Leopards three years ago, but finally made his mark towards the end of the 2015/2016 campaign.

Former Santos defender ,Arendse, looked sure to leave the club, but has finally found his place at the club - filling the void left by Alje Schut.

"Wayne Arendse...two and half years, not looking good...this season he delivered in the Telkom [Knockout Cup] and in the League. You have to believe," Mosimane added.

"You have to understand that sometimes when you are down, sometimes people think you are out, but you are not. That brought the best out of Wayne, to say this is your chance - I am so proud of him."

Sundowns next face Medeama in a CAF Confederations Cup playoff match on Saturday evening. Kick-off is at 18h00 CAT.