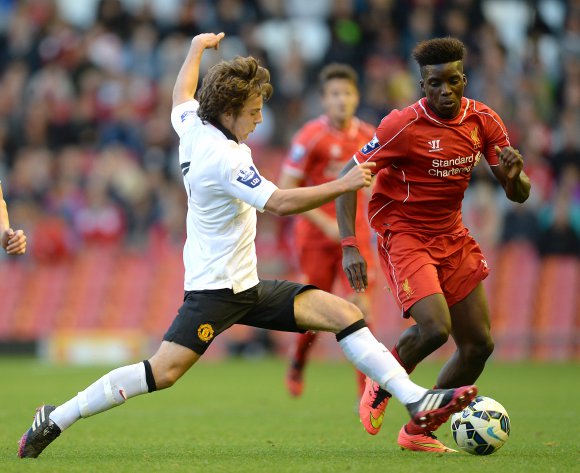 Sheyi Ojo in action for Liverpool

'The Reds' were 2-0 winners over 'The Hornets' at Anfield on Sunday and Ojo was largely impressive in the win, a development which has drawn commendation from the Liverpool boss.

“Ojo, everybody saw already what a wonderful player he is,” said Klopp to the Liverpool website.

The 18-year-old got a rare start for Liverpool and was a handful for the Watford defence with his pace and trickery and Klopp said he believes the youngster made good use of the rare opportunity to start.

“We had to give them the opportunity and they took it. They took the chance,” he added.

Ojo started his career with MK Dons, before signing for Liverpool, where he has now made six Premier League appearances this season.

Although he has represented England at junior levels, he remains eligible for Nigeria.