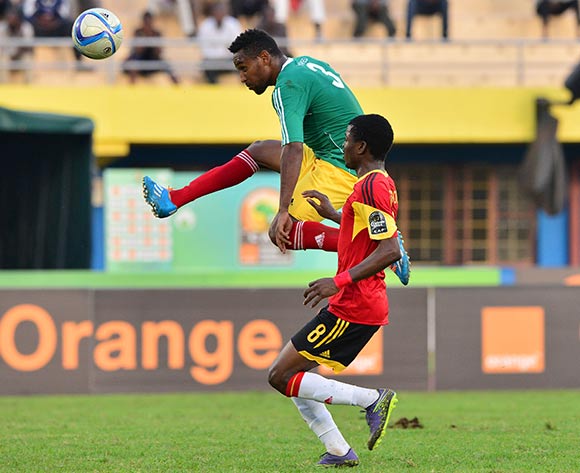 Yared Belay of Ethiopiaclears ball from Jacinto Gelson of Angola during the 2016 CHAN football match between Ethiopia and Angola at the Amahoro Stadium in Kigali, Rwanda on 25 January 2016 ©Gavin Barker/BackpagePix

All Africa.com reports that Ethiopia have named Gebermedhin Haile as their new national team head coach with immediate effect.

The website has it that the Ethiopian Football Federation (EFF) executive committee has decided to appoint Hiale, who doubles as Defense Force FC coach, to lead the team on a temporary basis.

The move comes after the EFF committee parted ways with Yohannes Sahle for what they deemed a poor showing by the Walias in the on-going 2017 African Cup of Nations qualifiers.

“The Federation have signed a short term deal with coach Gebremedhin Haile. The contract will come in to effect from May 9, 2016 till October 9, 2016," the EFF said in a statement.

FORMER ALGERIA COACH TO TAKE OVER AT RENNES

Haile has been tasked with achieving positive results in the remaining two matches of the AFCON 2017 qualifiers. They are set to meet Lesotho and the Seychelles.

Their first tie is scheduled to be away to Likoena next month before wrapping up their campaign against Pirates at home in September.

The Walias occupy second spot in Group J; five points behind Algeria who have 10 points from four matches.