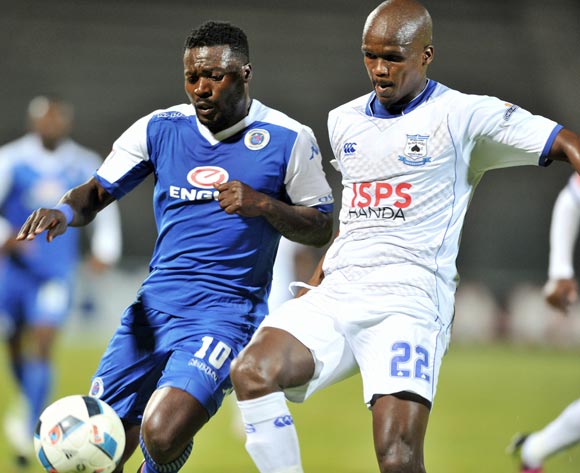 SuperSport United and MP Black Aces drew 0-0 in an Absa Premiership clash played at the Lucas Moripe Stadium in Tshwane on Wednesday night.

Matsatsantsa moved down to ninth on the Absa Premiership log, while AmaZayoni remained fifth on the league standings.

In the 19th minute, Thabo Nodada unleashed a shot from range and SuperSport shot-stopper Ronwen Williams parried the ball away to deny the Aces midfielder.

Aubrey Ngoma played a curling cross into the SuperSport box twelve minutes later and Aces midfielder’s effort was cleared away.

The score was 0-0 during the half-time break following a relatively quite first-half in a chilly Wednesday night in Tshwane.

Sibusiso Masina forced SuperSport keeper Williams into a good save five minutes after the restart as the Aces striker looked for the opener.

Dove Wome set up his SuperSport teammate Bradley Grobler in the 67th minute and the latter was denied by Aces keeper Walters.

SuperSport made a late change ten minutes later, when Zama Rambuwane come on for Wome as the home side looked for a late winner.

Nevertheless, Aces managed to contain SuperSport in the remaining minutes and the two sides drew 0-0.