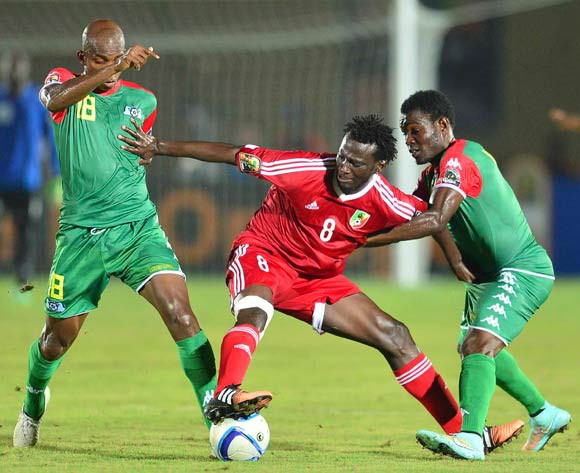 Charles Kabore of Burkina Faso and Delvin Ndinga of Congo during the 2015 Africa Cup of Nations South Africa football match between Congo and Burkina Faso at the Ebibeyin Staium in Ebibeyin, Equatorial Guinea on 25 January 2015

The 28-year-old central midfielder spent the 2015/16 season on loan at Lokomotiv from French Ligue 1 giants AS Monaco.

According to French media outlet Getfootballnewsfrance.com Lokomotiv have signed N'Dinga on a permanent deal after exercising a buy-out-out option in the loan deal for the player.

The former Auxerre midfielder had previously spent some time with Greek giants Olympiakos between 2013 and 2015 on loan from Monaco.

N'Dinga has made 23 league appearances for Lokomotiv during the current 2015/16 season. He also made one Russian Cup appearance.

The midfielder made his first international debut for the Red Devils of Congo during a World Cup Qualifier match against Sudan in 2007.