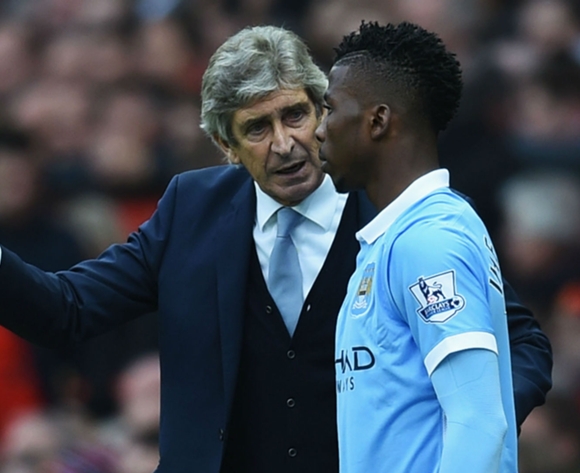 Pellegrini is quitting The Etihad after three years and he will be replaced by former Barcelona and Bayern Munich boss Pep Guardiola.

The Chilean coach helped City achieve their best-ever finish in the Champions League this season when they reached the semi-finals and Iheanacho said the team will fight to beat off the last-day challenge of rivals Manchester United to return to the competition next season.

Manchester City, on 65 points, need only a draw at Swansea City to pip United, who host Bournemouth, to the remaining Champions League place on Sunday.

“Manchester City are a big team who belong in the Champions League,” said Iheanacho on a television interview.

“The manager has done great and he deserves for us to qualify for the Champions League.”

It was Pellegrini who promoted the 19-year-old Nigeria forward to the City first team in August and he has repaid him with 13 goals in all competitions this season.

“He gave me the courage,” Iheanacho remarked.