Abiola Dauda sent off on final day in Scotland 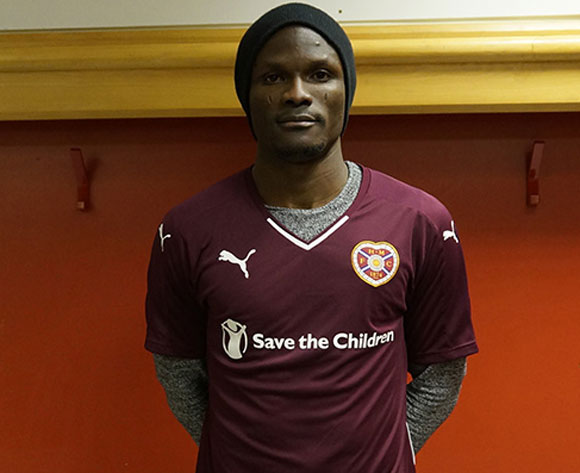 Nigerian striker Abiola Dauda has ended his loan spell at Scottish club Hearts on a disappointing note after he was sent off in a 2-2 draw with St.Johnstone.

The 28-year-old Dauda started as one of two strikers for Hearts in their final league game of the season, and despite already having finished third before the sound of the first whistle, both clubs – third and fourth respectively on the table – had to play for pride on Sunday.

And it was no surprise when St Johnstone went two goals up inside the first 12 minutes, but Dauda played his part in ensuring they halved the deficit shortly after.

The striker had scored twice in his last three games, and would have been hoping to sign off on a high, but the contrary was the case as he was shown a straight red card in the 57th minute for unsportsmanlike behaviour.

He scored five goals in total for Hearts, and will return to his parent club Vitesse Arnhem ahead of next season.