Nato: Why I turned down Zebras call-up 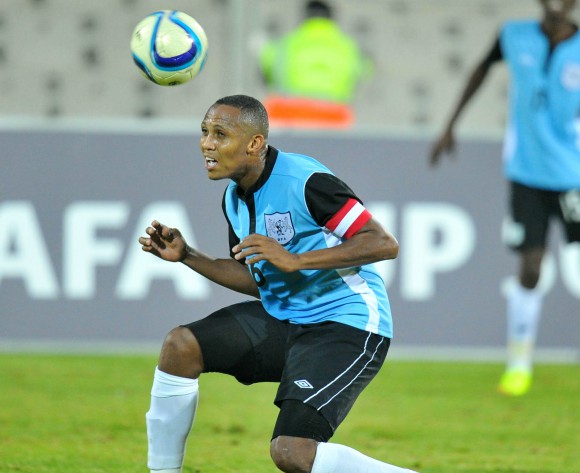 Township Rollers midfielder Ofentse Nato has explained why he's not part of the Botswana senior national camp ahead of their vital clash with Uganda.

Nato stopped playing competitive football over a month ago after being deemed a defaulter by the Botswana Football Association (BFA)'s Disciplinary Committee.

This led to the former Bidvest Wits and Mpumalanga Black Aces midfielder not featuring in Rollers' final beMOBILE Premiership games of the 2015/16 season.

Rollers had also being docked 10 points for using Nato in four league encounters by the BFA's DC and they eventually failed to win the league title despite having led the log for the better part of the season.

When speaking to local media on Monday, the Zebras vice-captain indicated that he was not physically and mentally fit to represent his country.

"I haven't been active for a month and my fitness isn't up to scratch. Even mentally I'm not in a good shape," Nato said.

"This is a crucial qualifier, it needs players who are fully fit to go out there and fight for the country. I'll be fully behind the team."

The Zebras of Botswana will take on Lesotho and Malawi in two international friendly games in Serowe and Francistown respectively later this month.

Before hosting the Cranes of Uganda in an important 2017 Africa Cup of Nations (AFCON) qualifier in Francistown on the 4th of June 2016.

Meanwhile, Nato is expected to link up with his Atletico de Kolkata team-mates in the next few months ahead of the 2016 Indian Super League (ISL) season.