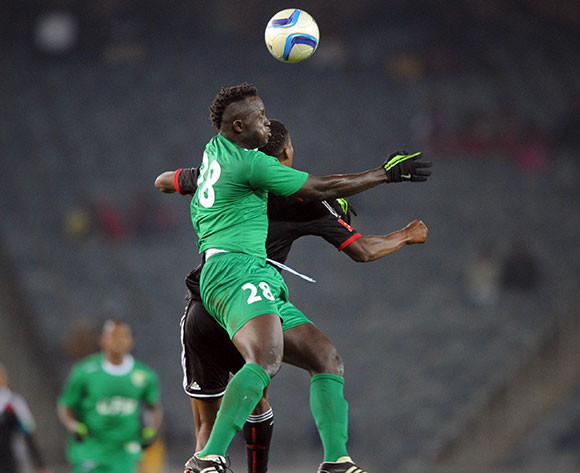 As they prepare to welcome Tunisian giants Étoile du Sahel for their second leg tie of the CAF Confederation Cup playoffs, Gabon's CF Mounana will be hoping to avenge their loss in the away leg.

In the first leg, Mounana lost 2-0 in Sousse and will now bank on home ground advantage to overturn the result as they target a place in the group stages.

Coach Kevin Ibinga has been tasked with a huge assignment to ensure they beat the CAFCC defending champions, and subsequently revive their pride in the continental tournament.

A look at their previous two matches, Mounana followed the disappointing 2-0 away loss with a morale boosting 1-0 win over Akanda in the Championnat Division 1 last Friday.

Mounana currently occupy second spot in the Gabonese league, one point behind Mangasport and will be in high spirits heading into the CAF assignment.

On the other hand, Faouzi Benzarti's men are now hoping to finish the job on foreign soil having raised their title defence hopes with a 2-0 win at home.

However, their 1-1 draw against rivals CS Sfaxien in the Tunisian Ligue1 would mean they must ensure they return to winning ways in Libreville.

Ahead of this crucial clash for both sides, the Tunisians remain favourites to emerge as winners and progress through to the last eight of the tournament.

The Diables Rouges will once again hope to see defender Zied Boughattas in fine form as he scored in the opening leg.

Midfielder Mohammed Msakni also found the back of the net in Sousse, and his manager will rely on his creativity and leadership in the middle of the park.

The match is scheduled to be staged at Stade Augustin Monédan de Sibang in Libreville on Wednesday afternoon. Kick-off is at 16:00 CAT.