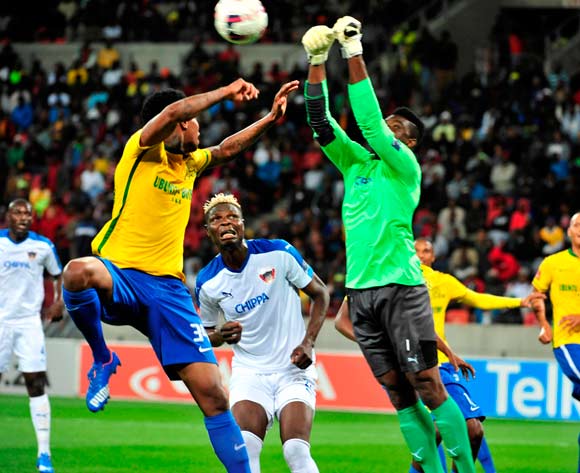 Ahead of the final round of games of the Premier Soccer League (PSL) in South Africa, Nigeria and Chippa United goalkeeper Daniel Akpeyi has said his team must now finish in the top eight.

Chippa are currently sixth on the PSL table with just one game to go, but face stiff competition from Orlando Pirates,  Golden Arrows and SuperSport United, who sit seventh, eighth and ninth respectively, with only three points separating the four teams.

A draw will guarantee them a place in the top eight, as well as a place in next season's Super 8 tournament, which Akpeyi said they cannot afford to miss.

"We haven't won the league and we're not in the cup final so our only consolation this season is to finish in the top eight," he told AfricanFootball.com

"We must get the points to finish in the top eight so we can play in the Super 8 next season," he stressed.

It is Akpeyi's first season in the PSL, but he has had a huge impact since joining up from Warri Wolves.